I didn’t do much this year, virtually nothing at all. Last year I organized the whole damn thing (not by myself, but a lot of it).

It should be the best festival of the year for Tijuana. We expect many people to cross the border to check it out and because of that, I am offering my services FOR FREE!!!! 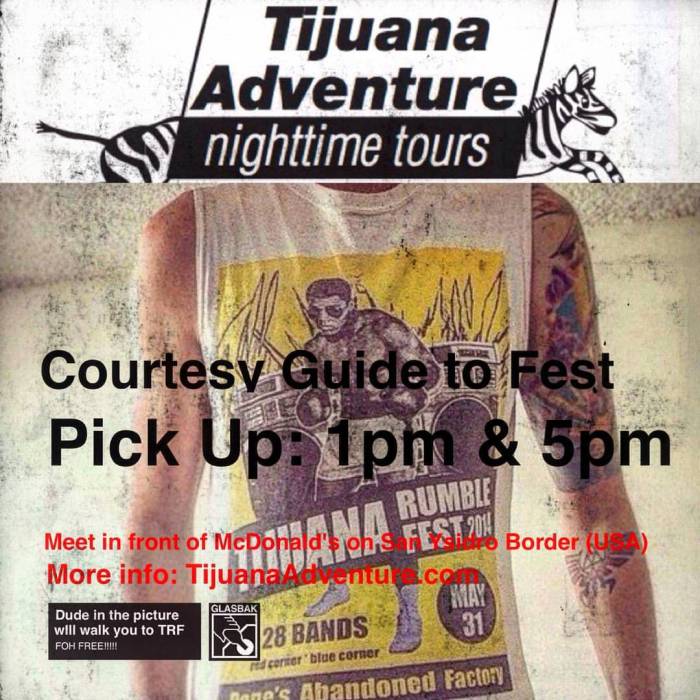 I didn’t have time to make a better poster, but there you go! I will be helping people go through Tijuana and into the venue to enjoy 10 hours of great music!
No need to email me or anything, I simply will show up and see who wants to join me and walk to Rumble Fest!

See you then people!