I got an email on June 9th from Jillian, a student at SDSU and redditor who saw a post of mine, saved it and decided to contact me. For weeks we emailed back and forth planning a Tijuana Adventure and a Valle de Guadalupe winery tour for her, her boyfriend and other friends. The group ended up being the most diverse I’ve tour around and also the longest tour I’ve done.

We met up on Friday afternoon for a classic TJ adventure that ended up before midnight. We walked a lot and did some light eating and drinking, saving our energy for Saturday morning. I dropped my group at a quaint and old hotel in the downtown area where they got two double rooms for cheap. 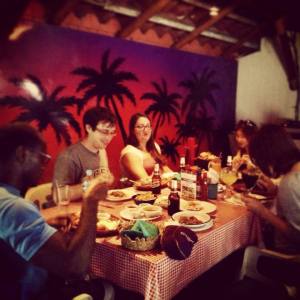 By 8:30 am on Saturday morning we were all eating a quick breakfast of tacos varios in one of the best Mexican restaurants (especially for breakfast) in downtown. We met our tour guide, who I nicknamed Hectour, from Baja Viajes right outside the restaurant who had a nice van waiting for us. I previously have spent days trying to get my own van and driver, but I did not succeed and had to succumb to another travel agency. I didn’t have to join them in this tour, but felt like learning more about the wineries myself that I spent half of what they originally paid me to go on a tour with them. It was a wondrous tour going through 4 different wineries with samplers included (I’ve been to one of them before). 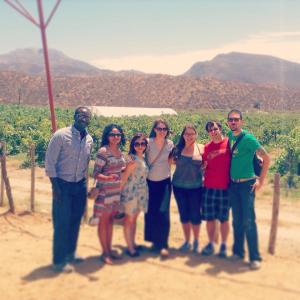 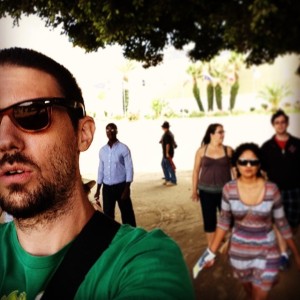 The ride back to Tijuana was quiet that some of us took a quick nap. Though the plan was to spend all night of Saturday partying, everyone was too tired so we decided to eat in an Argentinean restaurant and call it a night.

We met up on Sunday to close the tour where we had breakfast at the same place. Then we went to Mercado Hidalgo to experience a classic picturesque Mexican market. From there we did a quick visit through the museum near the border, CECUT (Centro Cultural Tijuana). And finally back to the border, where a painful 2.5 hours awaited to go back to America.

Tijuana is the only place where you go on a ride and then have to wait in line.