That’s because September is burger fest and I get to be the stage manager at a burger festival. I don’t really do much, my old roommate booked the bands. I just make sure they are there on time and that they get paid.

So I have time to walk around and grab burgers and beers.

Here are a couple of the best shots of that festival:

This was the first burger I had… and it was my favorite.

It was from 52 East Neighborhood Eatery and it was solid perfection. I ate a lot of burgers this month and I was wowed by the quality of this one. AND IT WAS THE VERY FIRST ONE.

The second burger was by Hundred Proof and it was alright.

Third burger was from Pure Burger and it was better than Hundred Proof, but FUCK that first burger was so fucking great that it just made the rest of burgers not seem as good.

DO YOU SEE THE STAR IN THE PICTURE?!

Hah. That’s great huh? It’s not shopped. The burger was glistening under the sun and that happens at a very close f stop. STARS! Crazy cool.

And that was about it for me with the burgers…

This was the stage I “managed.” That was the first band. The Fuzzy Ustins. They were fantastic folky music. Also, great guys. Hope they had fun.

Panca was there doing some live art. 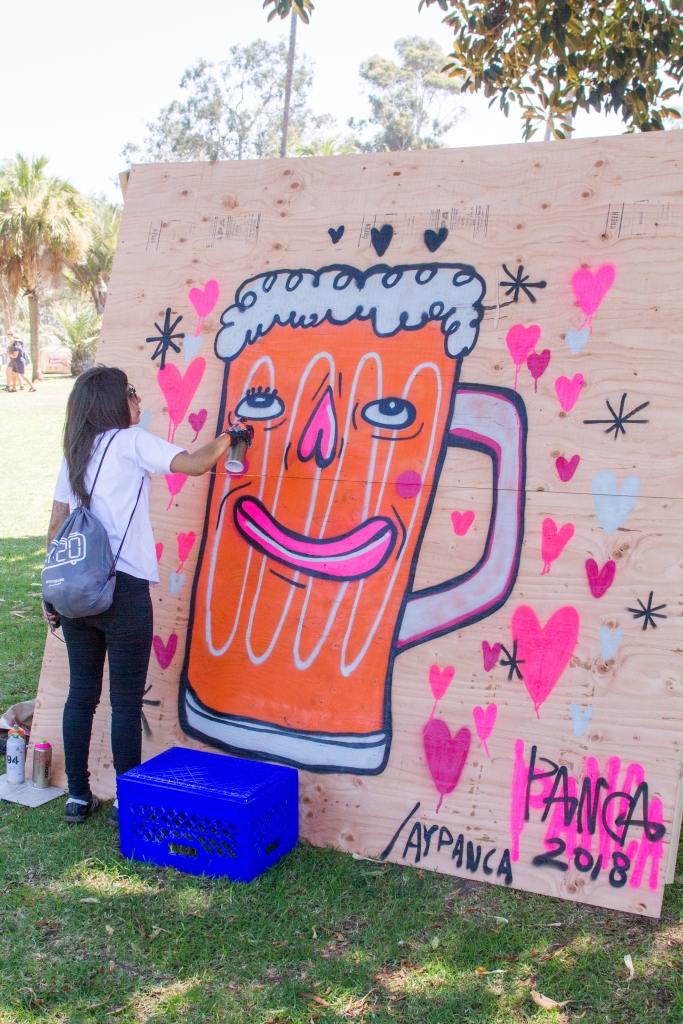 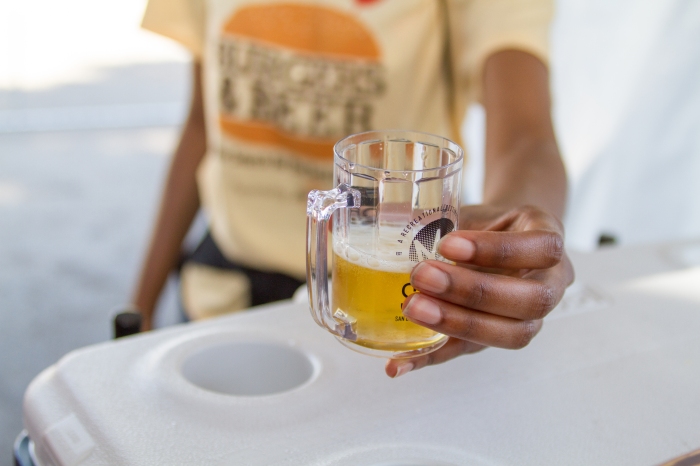 This other artist killed it. I met her as Michelle but forgot her artist name. Seriously fantastic art. This bassist of New Me was fucking rocking it. 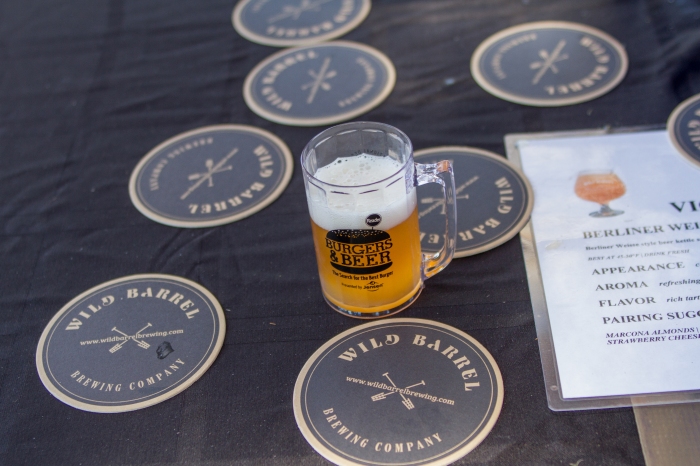 That was the best beer I had at the fest the Berliner by Wild Barrel. I went back for it but they were out, I tried their Double IPA and it was also very good.

The rest of the beers were also of great quality… But that Berliner is the only one I remember that it wowed me.

I’m doing everything in reverse.

The festival is Burgers & Beer. This is the second year in a row that I end up “managing” the bands because the dude that is supposed to do it can’t so I come in as a sub.

I ran around this year more than the previous year. So I didn’t get to write notes about beers or burgers.

I also got a lot of sun which gave me a headache and was getting me tired. I didn’t sleep much the previous night either.

It happens when I have something “important” the following day. I can’t sleep. I stay up all night worried that I’m not going to wake up on time.

And that’s what happened.

That’s how I would do it.

But that’s not how it went down.

I ran around a lot.

And said hi to a lot of people.

And tried to be of general help.

Didn’t eat as many burgers as I hope. Just the ones mentioned. Then tried a vegan one and didn’t like it.

That vegan one ended up being the winner.

Vegan burger the winner of a burger fest. Only in California.

I would have voted tenfold for that first fucking burger. It was seriously burger perfection (at least for me). The bacon was super nice, it had chunky shrooms with cheese, topped with arugula (which I adore in burgers for some reason), and tiny pieces of red onion. And the meat pattie was juicy and TASTY!

Burger perfection if you ask me.

The Friendly is also the other burger perfection.

And I had a lot more burgers before the festival.

And found another burger perfection. Probably my favorite burger in San Diego.

And again. I ate a lot of burgers.

That will be a post for some other day. Perhaps tomorrow. But I have a very busy day tomorrow.

What I did before burger fest… soon with Burgers Part 2.

It was a nightmare. What occurred was a total nightmare… Especially for a foodie like me.

One thought on “Burgers Part 1: Blogging in Reverse – Burgers & Beer Festival – 52 East is My Winner”