I won’t be able to post on Sunday like I said I would, so I’ll post now instead. This weekend it’s my birthday, so I’ll be busy drinking beer and eating tacos. And yes. My birthday is the whole weekend (it’s on Monday and I am not really doing much celebrating, just the usual).

If you go to the “About Us” section, you’ll notice I added people. These are people that I hang out with frequently and have Tijuana Adventures with them. They showed an interested in sharing their Tijuana stories via my blog (or more like I pushed them to it) so the blog will be more active and complete. “Tijuanas hay muchas,” I’ve heard that around here a lot. There’s a different Tijuana for each one, now there will be more voices added to this page.

Chad. My roommate, drinking sensei and overall awesome guy. I don’t think there is anyone in the world that dislikes Chad.

Justin. The Gringo who believes he is Mexican though he doesn’t speak a lick of Spanish (boy is trying though). He just moved to Tijuana last week after years saying that he will.

Hiriart. Aka, David. But there are SO MANY fucking Davids (and Juan Carlos’) in this city, that it is just easier to call him Hiriart. He is my neighbor and a highly entertaining writer (I’m a huge fan). He crosses the border daily to go to college in San Diego.

Ailed. I just met Ailed last month via friends. We talked later and she demonstrated an interested on Tijuana Adventure, while telling her more about the project, she showed a desire to contribute, though she is not usually a writer. She has many adventures to share and many more to come in a different Tijuana world that I rarely touch.

This tap Tuesday fell in Mexican Mother’s Day. So the afternoon was spent in Playas with my mom. Because my mom is awesome, she said she didn’t want to be taken out, instead she rather cook. She made awesome enchiladas: 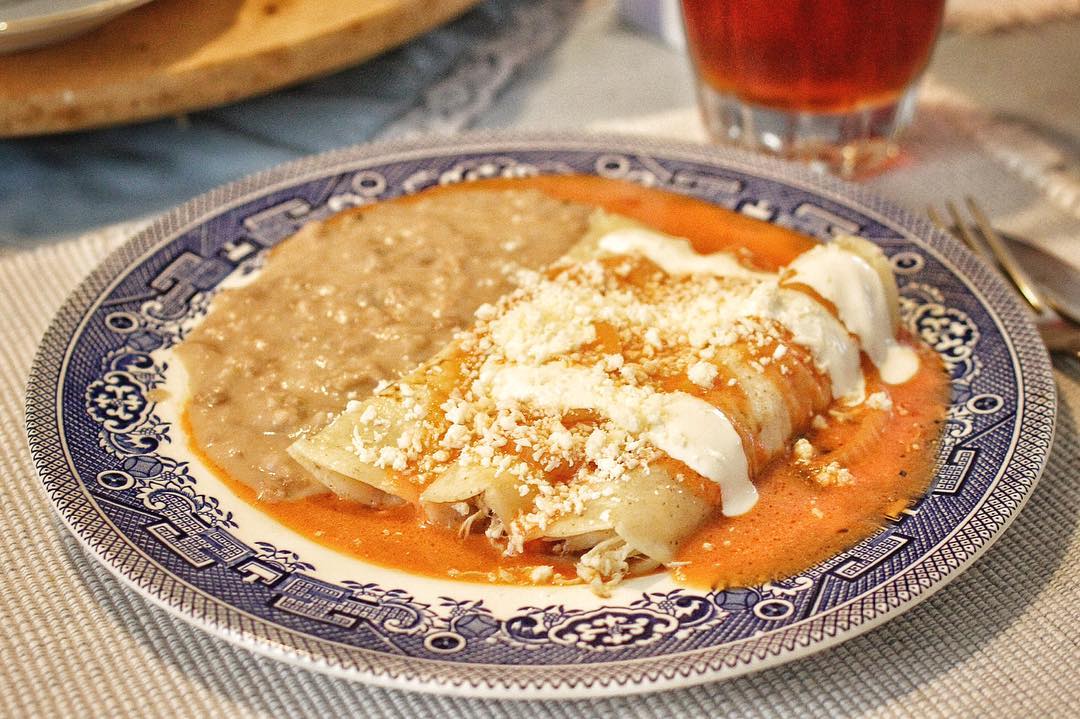 After that, me and Justin went to Plaza Fiesta to enjoy them cheap beers. We started at El Tigre. Many friends were there drinking already. There was also a table with moms and daughters drinking caguamas of Tecate Light. Justin got the Kolsch I got the Bitter. 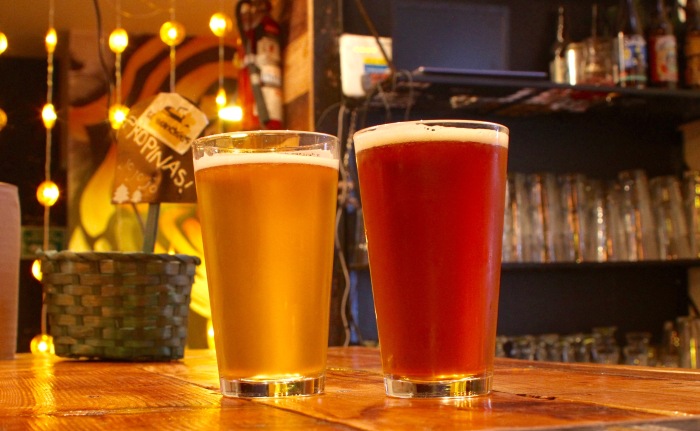 Kolsch was leaning more towards a lager than an ale. It was good, but not really my choice of beer. Bitter was decent but lacking flavor (imo), better than the kolsch.

Having a little fun, told the beertender to wave his phone in the background. BTW people… TIP YOUR FUCKING BEERTENDERS. 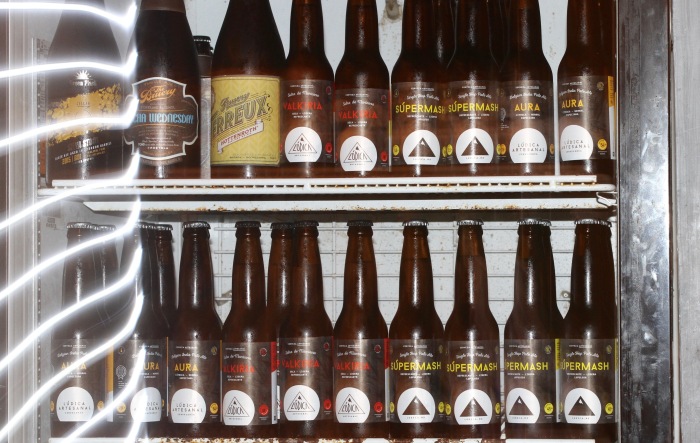 The fridge in Tigre Bar has all those beers… but people order caguamas the most. Tap Tuesday people!! Craft beers for 40 pesos, people were buying caguamas for 50. What’s wrong with you!?

We continued to Insurgente because it is never a let down. Justin got the Simcoe de Mayo beer and since the beertender told me that Lupulosa and their new Simcoe beer had nothing in common, I got a Lupulosa for a comparison taste.

This time, I waved my phone in the back for the amusing effect.

And… COME ON! They are very similar, for starters, they are both IPAs. The differences are obvious and you can see it in the picture. Simcoe has a lighter look, tastes dryer and has a nice hoppy finish. Lupulosa has a dark look and a great blend of hoppinness with maltiness and is not as effervescent. Lupulosa has been an old time favorite, but I was liking the Simcoe better, I love dry hoppy finishes. The nose is almost identical for both beers, or maybe I just need to get a better nose.

Chad joined in around 10ish after his DUI classes. He got the Tinieblo (his favorite Insurgente I believe).

We bounced over to Fauna and other friends joined us. There I got the Lycan Lupus, there was also a sour beer (not from Fauna), Mala Vida the Belgian and another one… I forgot… a brown?

Lycan is still top 5 IPAs in Tijuana. I guess I was going for the beers I favor, but I tried a drink of all. It is so rare to find sour ales in Tijuana, this one was good umami beer, but with no bubbles, or like Chad described “TASTES LIKE KOMBUCHA!” It made me wish I ordered the sour instead of the Lycan. 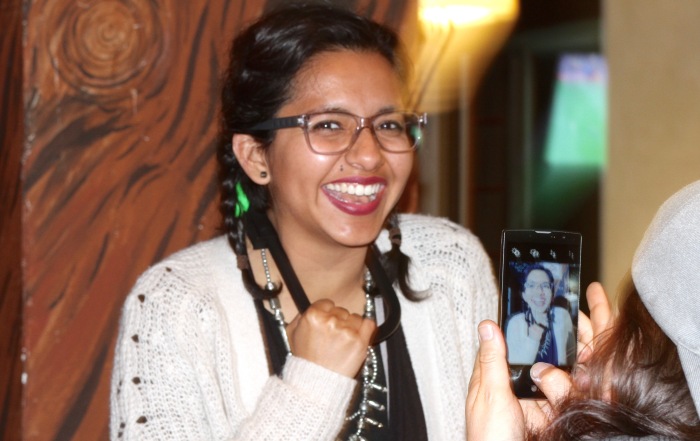 This girl had her head stuck in a bike lock (on purpose) and someone was taking her picture. I love taking pictures of people taking pictures (I don’t know why). She saw the picture I took and gave me a piece of paper with her email so I can send it to her. Sent it to her, but it’s not that great of a picture… 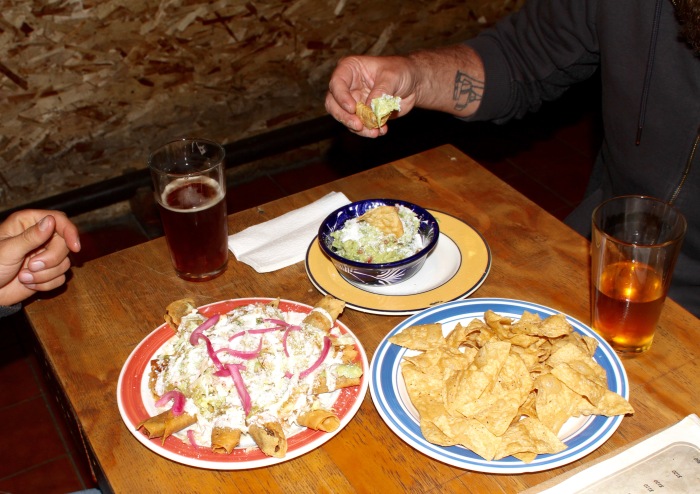 A trio of IPAs. Mine is the hoppy/happy one.

We ended up in Paralelo 28 and got three IPAs. I forgot if we got the Nelson or another one, but I have a feeling it was the Nelson IPA. Chad ordered fries, that were covered in sauces. They were aight’.

I paid for the Uber XL back home. Fuckers owe me a beer. 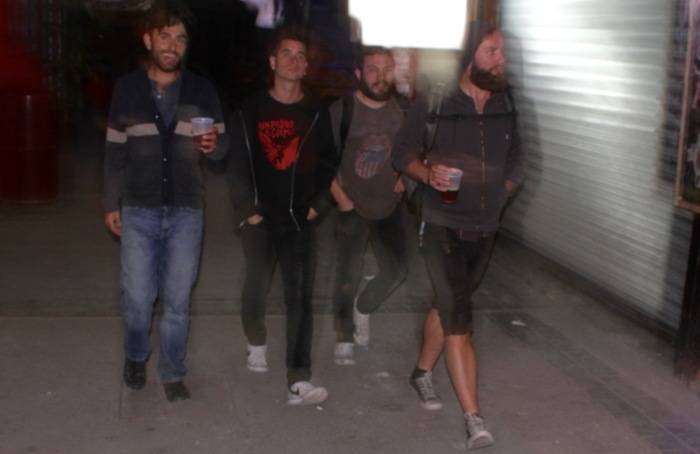 One last picture before we get ni the Uber… Bucio giving thumbs up.

The next day we went to Norte. I drank 5 (Penthouse) IPAs and got pretty fucked. Ended up taking a snooze at Nelson bar. I never do that shit. I guess 5 IPAs from Norte will do that to me (I usually only drink 3).

Here are pictures from Norte that I took a week before. I fucking love the view and beers in this place and you will find me here more often than not. 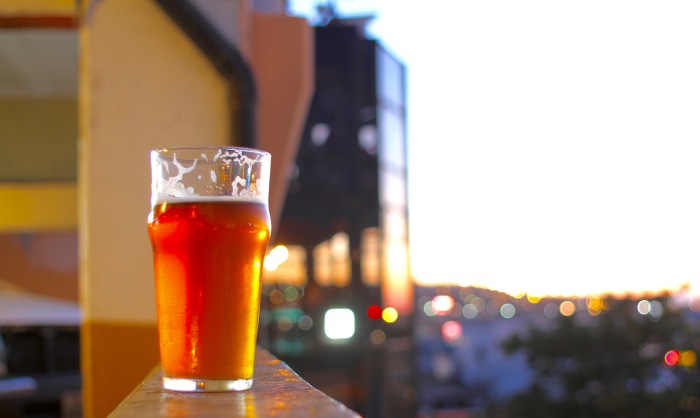 And now… You won’t here from me for a while. I gotta finish some writing stuff that actually pays me instead of this silliness. Oh but I do enjoy posting silliness. Also. Taking pictures is fun. I want to get paid to take pictures. Someone pay me to take pictures. I want more gear!

Pinche Paco is delivering a new logo for the webpage. I’ll probably end up making t-shirts and stuff. This is what he gave me for my birthday (gracias Pinche Paco). Make sure to check out Comuna (nano)Brew in Plaza Mexico (in downtown). 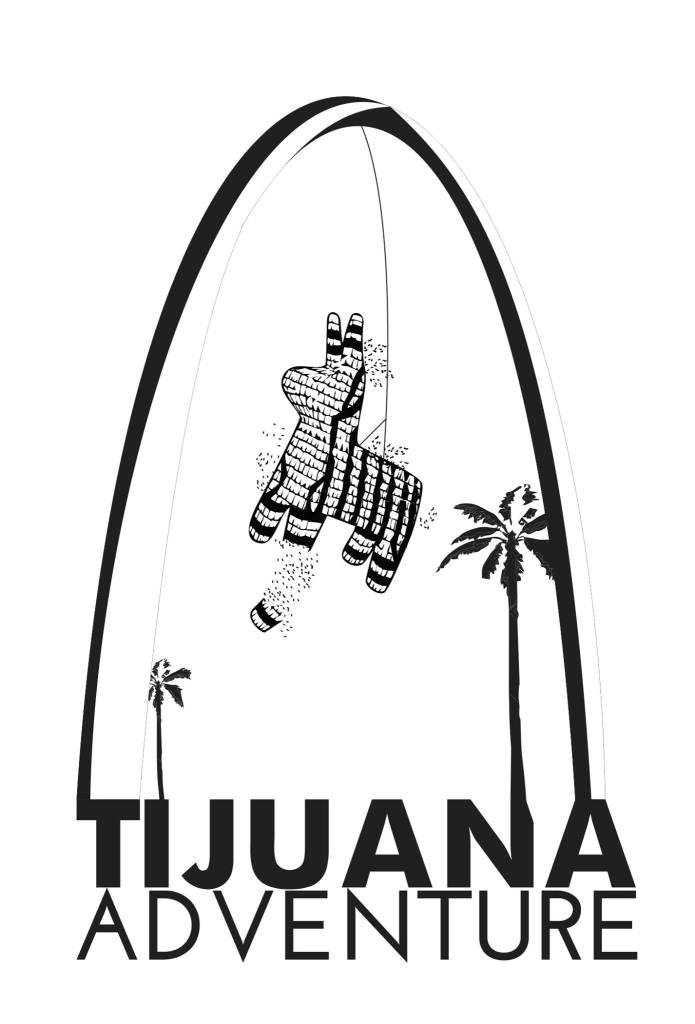